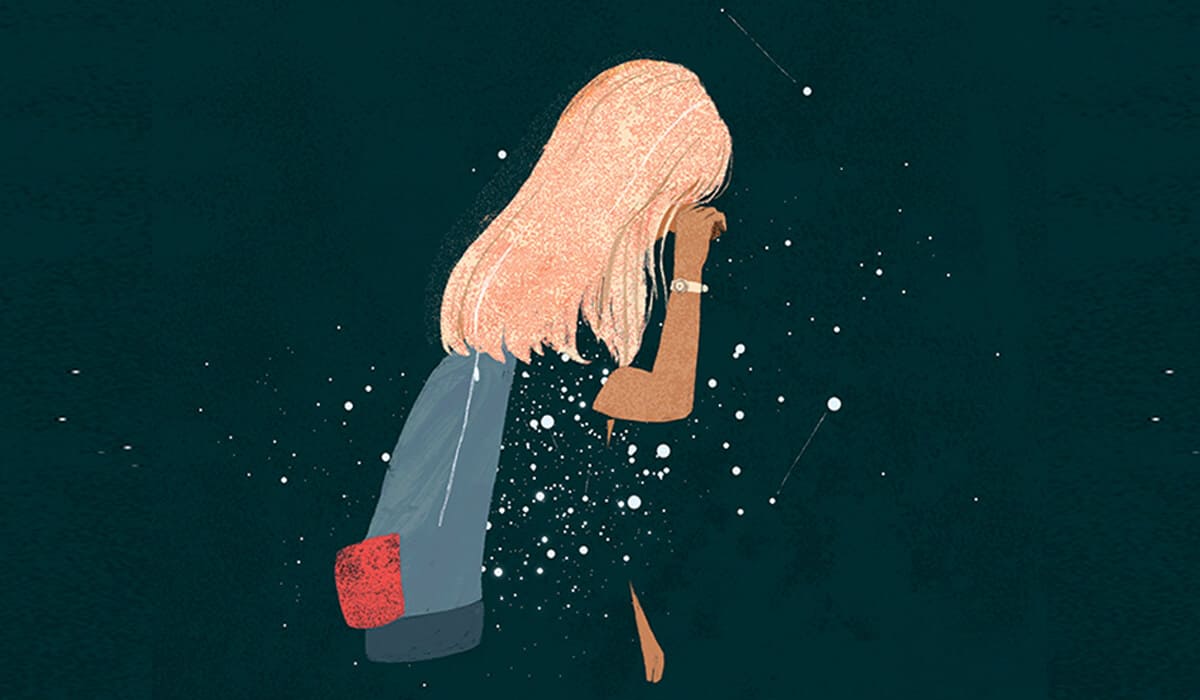 A fiery February is ahead—and it’s only getting more intense. With Mars in Aries, two game-changing eclipses and a close Jupiter-Uranus faceoff, the simmering pot is coming to a boil.

Breaking news: There’s gonna be a lot of um, breaking news this February. Fiery Mars has returned to its home sign of Aries until March 9, arousing people’s fighting spirits. For some, this will mean raising our voices in escalating protest, especially as the Sun visits humanitarian Aquarius until February 18. It could also stoke aggression, as evidenced by the chaos that’s erupted since Mars entered Aries on January 27.

We’re now in the lunar Year of the Rooster, and it’s time to get #woke. More than ever, astrologers are tasked with making sense of the world and offering hope. To help you navigate, we’ve divided this month‘s forecast into personal and political updates.

February is the month of romance, and while hearts and flowers may seem trite, the world needs love more than ever. The February 10 Leo lunar eclipse could be a major moment of opening our hearts and speaking our truths. There could be some eye-opening drama too. (Your February monthly horoscope has all the details.)

Valentine’s Day features both of the love planets, Venus and Mars, in ardent Aries. This could make for steamy physical connections—even a baby boom nine months from now. With the moon and Jupiter in loving Libra today, this is an important day to connect to our closest people. Just watch for jealous Pluto in Capricorn wedging itself into the middle. Whether you’re single or coupled, you’ll feel a charge in the air.

On February 26, a solar eclipse in Pisces can stoke fantasy and imagination. This new moon eclipse could connect you to a soulmate or tune you into a higher spiritual vibration. Beam us up! Be sure to ramp up your self-care and find ways to get grounded so you’re not swept up in this month’s turbulence.

Now, let’s answer—what the heck is going on in the world?

We’re smack in the midst of a yearlong Jupiter-Uranus opposition cycle, which began December 26, 2016 and will run through 2017. Global Jupiter in peacemaker Libra is facing off against radical Uranus in individualistic, warmongering Aries. While Jupiter brings people together across so-called “differences,” hotheaded Uranus splinters our efforts with rash and ruthless reactions. To wit: The sudden #MuslimBan, which threw the world into upheaval and threatened rights many assumed were inalienable.

Jupiter and Uranus only lock into this angle every 14 years, which can create upheaval, civil unrest and shocking curveballs. The danger? Hard-won progress can unravel in the name of so-called revolution. Scary figures can come into power (can you say Steve Bannon?). There are two more exact Jupiter-Uranus oppositions this year, on March 2 and September 28. But we’ll feel the intensity throughout February.

Hard-won progress can unravel in the name of so-called revolution.

With two eclipses shaking up the status quo this February, we can continue to expect the unexpected. The Leo lunar eclipse on February 10 could reveal outsized egos but we’ll also hear the “roar” of righteous anger. The Lion is the animal kingdom’s protector—but if it turns into protectionism, look out. Mexico, we’ll await your phone call.

We warned of this perilous populism back in the summer, with our post The Astrology of Brexit, Donald Trump and The Rise of Xenophobia. We recommend reading it to understand how, over the past nine years, the stars have paved the way for this chaotic climate.

February’s second eclipse is in Pisces, the sign of compassion and creativity. Here’s hoping it tunes people to the frequency of love—the highest vibration. Caution: Pisces also rules illusions and hidden agendas, so misinformation and “fake news” could abound today.

The month ends on a volatile note. Combative Mars and power-tripping Pluto will get into a nasty scuffle on February 22. And on February 27, Mars and Uranus make an explosive connection in Aries, facing off against global Jupiter. Yes, that could spell upheaval on the world stage. There will be no suppressing mass outrage if injustice is served. So don’t put away those pink hats or protest signs just yet. This February, we’re probably gonna need ’em.