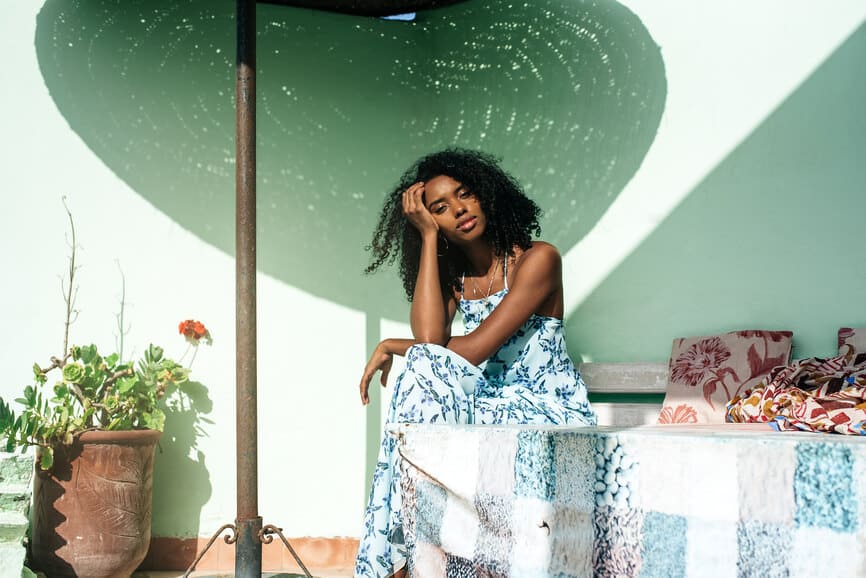 This July 2021, step back and reflect before you make any big moves. Not only is it sensitive Cancer season until July 22, but four of the five slow-moving outer planets are powered down in their annual retrogrades until fall.

But that doesn’t have to spell boring! With spicy Mars in Leo, there’s plenty of (safe) summer fun to be had.

Here’s what your July 2021 astrology forecast has to say.

Fireworks early in the month with 2 Mars conflicts.

Brace yourself for a dramatic display, though this won’t be fun as the lights the electrify the July 4 skies. Intense and hotheaded Mars, which is in flamboyant Leo until July 29, will get into two cosmic clashes. Turbulence could arise, along with a need to pivot plans or navigate through chaos, egos and tempers. With all three planets in stubborn fixed signs, people are likely to be entrenched in their viewpoints. Compromise is key—but it won’t be easy to broker.

On July 1, Mars will lock into an exact opposition with restrictive Saturn in Aquarius, a polarizing aspect that could feel like someone’s slammed the brakes on your fast-moving plans. Speed check! Do you have a proper structure in place for your ambitious ideas? Have you gathered all the facts and figures before making any outsized claims? Hold your fire, even if it’s frustrating. Inspecting behind the scenes could reveal an important piece of the foundation that you skipped in haste.

Incendiary Mars and pot-stirring Uranus meet in a challenging 90-degree square on July 3. This could stir up power struggles as people change their minds (and plans) on a whim. With unpredictable Uranus in Taurus, the ruler of day-to-day affairs, weekend plans are best kept flexible. Packing your calendar too tight is a recipe for stress and meltdowns now. On a global level, these two squares could also bring clashes at a time when we all need to desperately cool down.

While the Sun’s journey through Cancer will affect every zodiac sign differently, the overall vibe of the world until July 22 will be governed by this sensitive and protective sign. On the upside, there’s more compassion to go around.

What to keep in check?

Cliquey and clannish tendencies that can make Cancer’s family-oriented vibe hostile to outsiders. The world is trying to overcome toxic xenophobia, so catch yourself if you become unwelcoming or exclusionary in any way.

Homey Cancer season gives domestic life a boost. Decorate and entertain, but make sure to get out of the house, too—we’ve all spent enough time inside!

Slow down! Jupiter, Saturn, Neptune, Pluto (and in July 2021, Chiron) are retrograde.

We know: The word “retrograde” can strike fear into the hearts of many (we’re looking at you, Mercury). But for four to five months of each year, the slow-moving outer planets, from Jupiter out to Pluto, are in this powered-down position in July 2021.

Every retrograde operates like a brake pedal, but in these cases, it’s not always a bad thing. Outer planet retrogrades give us the chance to reflect, inspect and adjust our plans. For the rest of the summer and into early fall, here’s how you can use these backspins to your advantage:

Jupiter Retrograde:
Take it easy on any big expansion, risk taking and gambling now. Increase your skills or earn a certification so you’re better positioned for success. Scale back if it allow you to launch more successfully in Q4. (June 20-October 18)

Neptune Retrograde:
Pop that bubble of illusions and take off the rose-colored glasses. Look at people, ideas and situations as they really are, not as you wish they’d be. (June 25-December 1)

Pluto Retrograde:
Plumb the depths of your unconscious, do some shadow work around parts of yourself/your life you avoid. Transform, release resentment and forgive. (April 27-October 6)

Chiron Retrograde:
Address your wounds, connect with parts of yourself you’ve hidden or rejected, develop your healing powers. (July 15-December 19)

Leo season roars in on July 22

Spicy Mars is already in Leo from June 11 to July 29, helping us fan our feathers. This transit coincided with many cities reopening fully, and we noticed the malls, shops, bars and airports suddenly packed with people who wanted to see and be seen, and explore the novelty that adventurous Leo adores.

No surprise the Leo-on-Leo reunion on Ben Affleck and Jennifer Lopez, aka Bennifer, has been such hot news now too. When the Sun swings into Leo until August 22, things get even more ablaze, especially for the week that both El Sol and red-hot Mars hang out in the Lion’s den together.

This year we have not one, but TWO, full moons in Aquarius. Normally there’s only one new and full moon per zodiac sign in a calendar year, but we’ll get a couple in 2021.

Jupiter backs into Aquarius on July 28.

The planet of luck took a dip into the enchanted Piscean oceans from May 13 to July 28, its first time here in over a decade. Pisces rules blurred boundaries, surrender, fantasy and illusion. It also rules hospitals and the spread of diseases. As we predicted back in our May forecast, both of these things have happened: packed beaches and social scenes and the simultaneous spike of the Covid Delta variant and infections.

Jupiter will return to Aquarius from July 28 to December 28. Aquarius is the sign of society as well as casual connections. With boundary-hound Saturn also here, social distancing could return in some form. Masks are advised and even required again in some areas. This phase is likely to bring more policies and hopefully some innovative ways of monitoring outbreaks without creating a total shutdown.

Tech-savvy Aquarius is certain to contribute, which is both helpful and worrisome. This may be the time when vaccination cards start being checked in a formalized way, especially since Aquarius rules elected officials. Any such polarizing policies will comfort some citizens and upset those who are concerned about censorship and government interference with individual liberties. Expect hot debates, and likely a few Twitter wars, about that.

In developing nations, access to vaccines and proper medical support are in short supply. Jupiter in Aquarius could bring scientific and technological miracles to the masses if deployed correctly.

Read the July 2021 Monthly Horoscope for your zodiac sign now >

Photo by David Prado on Stocksy.com