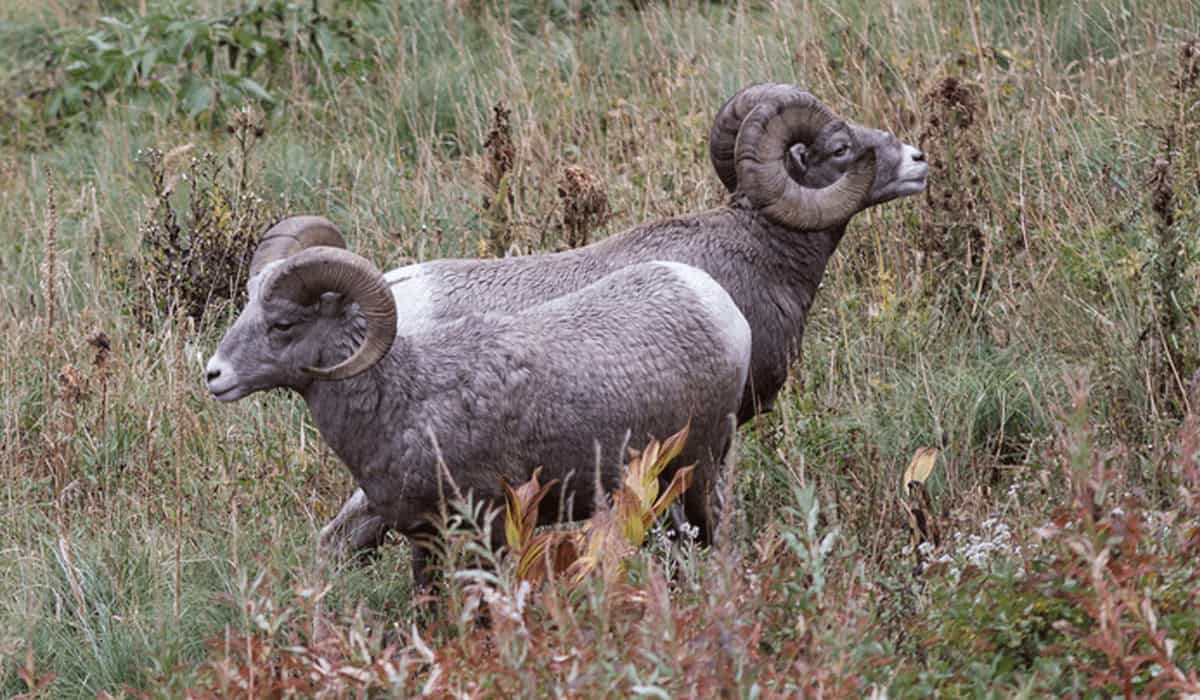 Clash of the cardinal signs? April’s stars cluster in two distinct camps, gathering in fiery Aries and determined Capricorn. As new-radical Aries meets old-guard Capricorn—and four planets have retrogrades—change is unavoidable, but should be carefully considered.

Plant those hooves on terra firma…but be mindful how far you dig them in. The “horned” astrological animals are ruling the skies this month, which dials up our determination, but also cements our stubbornness.

For much of April, a large number of planets are clustering in feisty Aries (the rampant Ram) and cautious Capricorn (the persistent Sea Goat). Then, after April 19, the stubborn Bull charges in and kicks off Taurus season. There’s an air of “my way or the highway” going around, and this energy will need to be managed consciously to avoid power struggles and battles of will. And with four planets—Mercury, Jupiter, Saturn and Pluto—taking retrograde backspins during April, there won’t be any quick-fix solutions either.

Let’s look at the cosmic lineup: As April begins, the vibrant Sun, communicator Mercury and shock-jock Uranus are all in aggro Aries, while driven Mars, structured Saturn and power-monger Pluto are in earthy Capricorn. Aries and Capricorn are both cardinal signs—initiators and leaders, intent on achieving their own well-defined agendas. But Aries is the fearless trendsetter, while Capricorn rules “old school” institutions and traditions. These two zodiac signs sit at a tense 90-degree angle (a square) to each other, which further intensifies the need to negotiate and compromise. Can the new radicals and the old guard play nice together?

It won’t be easy this month. Mercury, the planet of technology, communication and travel, is retrograde in self-focused Aries from March 22 to April 15. It’s time to put those me-first agendas aside, at least for the first half of the month. Save your big “ta-daaa!” moments for the Aries new moon on April 15, which arrives just as Mercury corrects course. In the meantime, hold off on buying that new iPhone, posting questionable spring break selfies and airing unfiltered opinions. Saying or doing anything in haste could leave you with a messy cleanup.

In the second half of April, two more retrogrades begin. Saturn (from April 17 to September 6) and Pluto (from April 22 to September 30) make their annual U-turns, prompting us to reexamine the structures that hold up our lives. These retrogrades could also bring up old father issues or power struggles with authority figures. On a societal level, the “toxic masculinity” that’s pervasive in so many of our planet’s problems may be confronted in a big way. Abuses of power and corrupt institutions will inevitably be exposed.

With fiery Aries and patriarchal Capricorn dominating the stars from mid-March to mid-May, we could see more political upheaval and citizens demanding change NOW. Anger and outrage will not be suppressed. Under these stars, the brave students of Parkland, Florida organized the March for Our Lives protest on Saturday, March 24, 2018, to advocate for school safety in an effort to put an end to gun violence. More than 200,000 people marched together in the Washington D.C. metro area alone, and an estimated 830 separate March For Our Lives rallies took place across the United States and around the world. Collective hearts have been shattered and fury unleashed by the brutal police murder of 22-year-old Stephon Clark, who was unarmed and shot to death in his own grandmother’s backyard. Nationwide, peaceful protests surrounding the rampant racism within the police and justice systems are already underway.

Under this planetary lineup, there won’t be any backing down or meekly accepting false promises and platitudes. With Saturn in Capricorn (ruler of government and institutions) until 2020, and Pluto until 2024, and intensifier Mars here until May 16, it’s time for broken systems to take accountability. Whether they do or not, the people who have suffered will not be silenced…especially not this April.

Fortunately, when the Sun shifts into stabilizing Taurus for a month on April 19, we can funnel our strong feelings into a plan of action. During Taurus season, people may press pause and listen to each other…or, they could grow even more stubborn and set in their ways. Opt to “be the change you wish to see in the world” now. What practical measures can you take today that will build into a bigger shift?

The April 29 full moon in alchemist Scorpio ends this month on a note of intensity and transformation. With global Jupiter retrograde in this sign from March 8 to July 10, some major soul-searching could also be in order. This could also be an important turning point—or breaking point—in all that April churns up. Will the world’s righteous anger finally be addressed with real change? Here’s hoping.

Make the most of your 2018 with The AstroTwins’ 2018 Planetary Planners to guide you through the whole year—your must-have map for love, money, health and more. Get yours now!