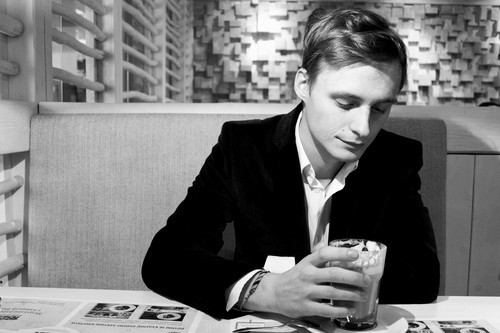 Simply put, the Taurus man is looking for a wife. He’s all about putting down roots: the family, the perfect mate to grow old with, and a beautiful home to share. He’d rather follow the same routine for 60 years with one person than constantly swap partners. Sure, he’s got a lusty appetite, but most Taurus men think variety means taking you to a new restaurant. Change is too much work, and he’s not one to waste his time like that. He just wants to settle into a steady track with someone to adore. Your job is to show up and be that person. Not a bad gig, if you think about it.

The single Taurus man is constantly in “interview” mode. He carries a mental checklist of his soulmate, and screens every woman he meets to see if she fits. Although he might accept a temporary substitute, he’s not afraid to drop her if the perfect match appears. Generally, he’ll hold out for the real thing, breaking many hopeful hearts along the way.

The Taurus man wants to pursue you, even against all odds. Why? Because if he’s moved his sluggish ass enough to chase you, he intends to make it worth the trip. Taurus David Beckham, who’s married to former Spice Girl Victoria “Posh Spice” Beckham (an Aries), is a perfect example. In 1996, superhottie Beckham saw the Spice Girls’ video “Say You’ll Be There” while traveling abroad. He pointed to Posh and informed his soccer teammates that she was the woman he wanted, and that if she wanted him, they would be together forever. Within months, they were an item. They now have three children and a relationship that’s spanned a decade.

Such entitlement is typical Bull-boy behavior. The Taurus man fancies himself a prince. Naturally, he chooses his bride, and can’t imagine being denied. He usually gets his way. If a Taurus wants to make you his princess, take the crown or else. You may need an unlisted phone number and a witness protection program to get him off your trail.

It’s not uncommon for Taurus men to marry young. This nostalgic guy may even wed someone from his hometown, like Bono, who married his childhood sweetheart, Ali Hewson. A formidable activist, Hewson declined an offer to run for the Irish presidency because (in true Taurus style), Bono “would not move to a smaller house.” Taurus men need their comforts.

Life with a Taurus man is comfortable and safe, save the occasional bullfight. Yes, he’s demanding as hell, but he repays you with unparalleled loyalty. If you’re tired of complaining to friends that “men don’t commit,” or you’re ready to start a family, set your sights on a Taurus. You see, the real adventure with Taurus begins after the commitment. That’s when he begins building a life filled with vacations, anniversary gifts, children to spoil and lots of general coziness. If you dig this vision, sign up and plan to stay for the long haul.