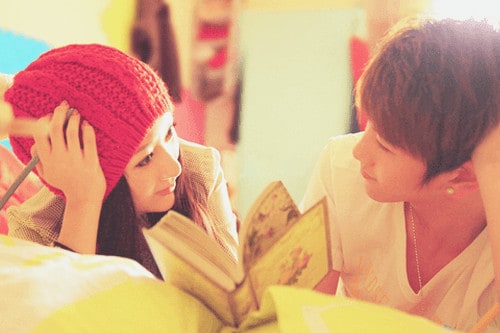 As the zodiac’s sign of selfless service, the Virgo man needs to be needed, to serve and protect. Relationships give Virgo man a sense of duty and pride. This guy is rarely single for long, unless it’s by choice, since he does have incredibly high standards. Still, the Virgo man is lost without a project, so he tends to be hands-on, even controlling, about the direction of his love life.

Are you tired of raising your boyfriends and teaching them how to act like grown men? Hang up your metaphorical nursing bra. The Virgo man needs none of your mother’s milk, thank you very much. Self-sufficient and self-directed, he’s no Oedipus or mama’s boy. However, he can dig in his heels like a headstrong child. Like all earth signs, he’s stubborn. Virgo can plant himself firmly in a position and refuse to budge. “You can’t make me!” He’ll stand by your side just as willfully.

Still, with Virgo, you can channel your maternal energy where it belongs: toward the children. And he’ll want at least one or two, if not a gaggle. Hillary Clinton may believe it takes a village to raise a child, but to Virgo, it takes a child—his childlike spirit, that is—to raise a village. He’ll spread his seed far and wide, and he tends to start young. Don’t be surprised if your Virgo already has kids from a previous partner or two!

Since he’s naturally stern and fatherly, the Virgo man makes a devoted dad. He doesn’t mind playing papa to you, either, though he has his limits. It’s alright if you’re a little needy, as long as you’re smart and ambitious. His earth-sign nature makes him stable and grounding, a favorite among daddy’s girls and women with absentee fathers. From his melodious voice to his tender gaze, there’s something soothing about the Virgo man. With his firm, athletic body, he can hold you in a way that makes you feel completely safe.

Co-dependence is the Virgo man’s co-pilot. Many of his relationships start while he’s helping a “friend” get back on her feet. He has a knack for finding women who’ve fallen on hard times: divorce, death of a loved one, recovery from abuse or alcoholism. He loves to be there, comforting and shepherding you through the grieving process, holding your hair back as you puke up your soul. He’ll listen to your troubles with a therapist’s patience, knowing that his foolproof strategy will work once again. The damsel in distress always falls for the noble knight. And if the knight just happens to gallop off once she’s restored to well-being, that’s just how fairy tale might end. He never promised you Happily Ever After just because he picked you up on a white horse. But he’ll never throw you off the horse before shepherding you safely back home.

The other night, we met a Virgo man and his Aquarius “wife” sitting at an adjacent restaurant table. They were incredibly friendly—almost too eager and forthcoming, raising brows among us. Within five minutes, we heard all about her breast implants, her difficult pregnancy, and her strident efforts to regain her anorexic, pre-baby figure. It became clear she was either drunk or on the verge of a nervous breakdown. The Virgo just watched quietly, as Virgo men do, letting her yammer away about silicone and order a $25 cosmopolitan “for all of us to share.”

When the drunk, emotionally fragile Aquarius teetered off to the smoking lounge in her seven-inch Loubitons, clutching a crystal-embellished phone to her ear, the Virgo man leaned in conspiratorially. “She’s not really my wife,” he announced matter-of-factly. “Sorry she’s such a nut job. She’s just going through a hard time. She had a baby a year ago and fell into some really bad postpartum depression. She’s married to someone else. We’re seeing each other on the side while she gets through it.”

Apparently, the two met on a swingers’ website called Ashleymadison.com, which helps attached people find discreet hookups and affairs. (The taglines: “when monogamy becomes monotony” and “because the best men & women are already taken.”) At first, we were baffled. Why would a germophobic Virgo use the Internet to pick up someone’s sloppy seconds? How could a sign as preachy and puritanical as Virgo be so shamelessly unethical?

Then we woke up and smelled the smoke signals. A woman advertising online for an affair is either a) horny, b) bored, or c) (ding ding ding!) sending out an SOS. She’s crying out, “Help! I’m done with this marriage and I don’t know how to get out. Somebody save me!” Bingo. It’s the Virgo man’s sweet spot, and he rushes in for the save. In his own way, the Virgo man feels that he’s performing a public service helping a woman leave a bad marriage. He’d never fancy himself a homewrecker. After all, she was already sniffing around for a side dish. He was just being helpful.

Ultimately, the Virgo man needs a bigger cause than patching up strays. His astrological duty is to serve humankind. He must find his mission, his life’s work and calling. Unless he is contributing to the greater society, or at least a noble cause, the Virgo man is adrift at sea. He will squander his gifts by playing the enabler and co-dependent hero. He’ll take on women’s problems, when he should really march them to the nearest therapist’s couch. And he will walk away from amazing women—with whom he is highly compatible—simply because they don’t need his rescuing.

The Virgin figure that symbolizes Virgo is sometimes depicted as an angel. Although the symbol may be too feminine for a Virgo man’s liking, it’s worth a closer look. Angels hover above us all, watching, protecting and guiding. They only intervene when asked, and never force their help where it’s not requested.

Until this control freak learns to let go and trust, he can never receive. Giving without receiving (and vice-versa) makes for a one-sided relationship. With lots of practice, Virgo might finally loosen his grip and enjoy a healthy relationship, one based on companionship rather than control.