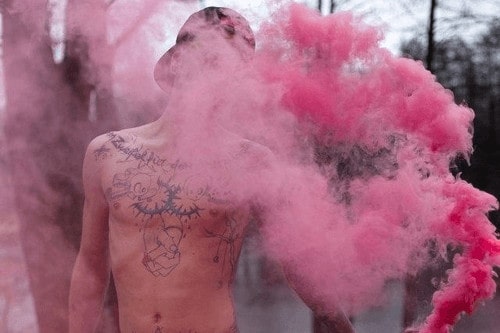 Like a slippery fish, the Pisces man is hard to pin down. He needs to protect his freedom before he’ll commit to anything. No Fish ever wants to be trapped on the hook, after all! At the same time, when the Pisces man has no structure or boundaries, he flails around like a salmon on the dock, gasping for air. “The more you know me, the less I disclose,” says Chris, a Pisces writer.

Negotiating the push-pull dynamic of his dual natures can be a lifelong quest for Pisces. A relationship with him can take a lot of patience and understanding. This is the guy who stays with the same woman for twenty years but never marries her. Or, during a lonely spell, he calls the escort service then becomes infatuated with his call girl. Her sheer unavailability gives him so much freedom, he freaks out and tries to hold tight. What a mess.

We once counseled a very driven, ambitious Capricorn woman and her Pisces boyfriend of thirteen years. Like many Capricorns, she had mapped out a plan for the rest of her life, and was meeting her goals with the precision of a military general. Except…one. She wanted to be married by 32, and her 34th birthday was approaching. The Pisces still wasn’t “ready.” Her biological clock was ticking so loudly, we thought a bomb had been planted.

While she talked and talked, her Pisces gazed at her with an amused half-smile—sort of a knowing smirk, though not a rude one. He’d heard this all before. He shrugged and said nothing, just letting her prattle on. He offered no reason for keeping the relationship on cruise control instead of accelerating. “I know he’s committed, and he loves me,” she sighed, exasperated. “So why don’t we just get married? What’s it gonna take?”

Although he looked as serene as Ghandi, we were onto him. He was waging Ghandi’s own favorite tactic: passive resistance. In other words, while smiling like a smug, serene Buddha, he was quietly digging in his heels and refusing to budge. It’s the Pisces man’s ultimate “f**k you.”

“You know what I think?” we asked his distraught girlfriend, while Pisces pretended he was only half-listening. “He feels like you’re trying to take away his freedom. Pisces needs space before he’ll commit. He’s afraid you’re going to try to control him. So he’s holding back until you chill out.”

At last: a slow, definite nod. From the Pisces. Then his smirk broke into a laugh. Busted!

We have no idea if they worked things out, but we hope so. If you’re dating a Pisces man, know that if he’s playing the “cold fish,” you’ve probably turned up the heat a little too high. Back away a step or two, and he may just swim right back to you—as long as you don’t back off too far. We realize this could sound dangerously like The Rules, and unfortunately, he does respond to being tortured and teased with mind games. Still, who needs that crap?

Here’s a better idea: get a life, or keep living the one you’ve got. If you bait your hook with some juicy tackle—in other words, a full, exciting life—he’ll nibble and latch right on. The Pisces man is a follower, and he needs a strong leader. Once he’s sure you’re a queen, he’ll court you like a tenderhearted prince.

From there it’s all about lavish gifts, flowers delivered to your job, opera tickets and romantic picnics. Pisces is like a time-release romantic. He becomes more sentimental and tender the longer you’re together. It’s a trust thing. Make it safer and safer for him to be himself around you—he fears your judgment and craves your admiration more than anyone else’s. The phase of “mature love” is so much more romantic and rich with Pisces than infatuation. He does everything backwards, but that’s precisely what’s so wonderful about him. If divine timing is on your side, you could be lucky enough to experience it.