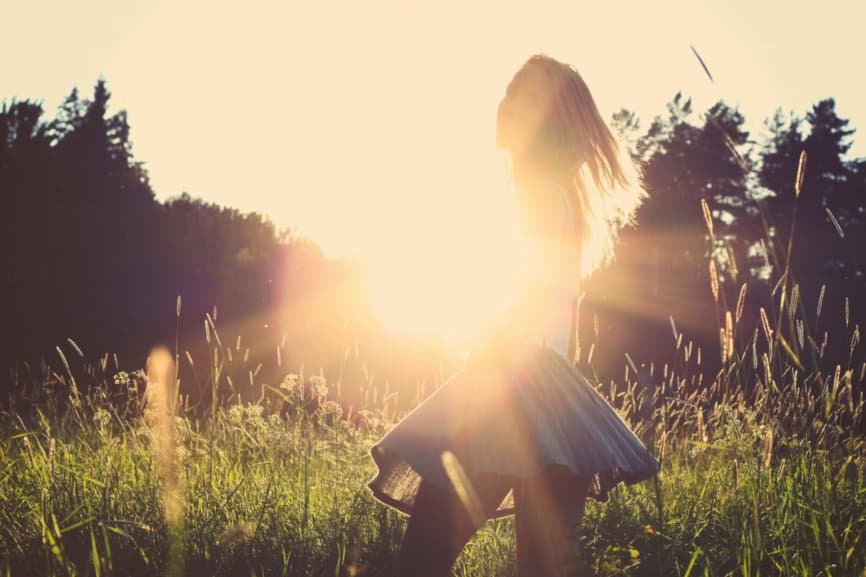 Every year between June 20 and June 21, the Earth tilts its closest to the Sun, marking the first day of summer and the longest day of the year in the northern hemisphere. Summer solstice 2020 is at 5:43 PM EDT on Saturday, June 20.

Below are a few ways that astrology and the solstice overlap, and some history about the rituals of summer solstice.

1. At the summer solstice, the Sun appears to stand still.

The word solstice derives from sol (Sun) + sistere (standing still). For about three days, el Sol appears to stop in its tracks. In truth, its relative position to the Earth doesn’t change much, hence this illusion. From our vantage point in the northern hemisphere, the Sun is finishing its northbound journey and moving southward, treating us to the lushness of summer.

The summer solstice marks the start of Cancer season in astrology. At the solstice, the Sun appears to pass directly over the Tropic of Cancer. This is the moment when astrologers say that the Sun has “entered” Cancer, meaning that it’s now traveling through the part of the zodiac band represented by Cancer. Each “season” lasts for about 30 days, but the solstice always coincides with the sign of the Crab.

3. The zodiac signs haven’t shifted (but yes, the constellations have).

So you might be wondering, is it still Cancer season? (Short answer: Yes.)

Here’s an interesting bit of clarification between astronomy and astrology.

Rather than following the movement of the visible stars and constellations, Western astrology is based on the apparent path of the Sun as seen from our vantage point on earth. (We say “apparent” because the Earth rotates around the Sun, obvi.)

Within that circular path—the Tropical zodiac—astrologers have carved out 12 static zones (like 12 equal pieces of a pie). Astrologers track the Sun’s (and other planets’) movements against these zones. Sowing a little confusion, Ptolemy named each zodiac zone after 12 of the 88 known constellations (which have shifted—but that has no effect on your zodiac sign!). As the Sun passes through each zone for about 30 days, we experience a zodiac sign cycle (e.g., Aries season, Libra season, Cancer season).

Since the Tropical Zodiac is fixed, it’s not affected by shifts in the Earth’s axis. It begins every year with the Sun entering the Aries portion of the zodiac band, which is based on the position of the Sun at the spring equinox on March 21. The summer solstice coincides with the Sun’s alignment to the Tropic of Cancer on June 21. The winter solstice happens when the Sun hits the Tropic of Capricorn on or around December 21.

So take that, Bill Nye and all the other “science-guy” skeptics who gleefully think they’re debunking astrology when, well, they’re not. Horoscope haters, step to the left!

4. The summer solstice is a good day to balance masculine and feminine energies.

In astrology, the Sun is associated with the masculine principle. The Cancer zodiac sign rules the feminine principle and is governed by the emotional moon. So we have the masculine Sun stopping in its tracks to usher in a new, sisterly solar cycle. (What a gentleman!).

This is the ideal time to consider ways we can balance the masculine and feminine forces in our lives. Where could you use a little more gentle, receptive yin? Where could you yang it up and put in more action-oriented, decisive energy? We all contain both energies within us. In an age where gender is becoming more fluid and redefined than ever, the summer solstice is an awesome moment to widen our notions of what that means for us.

We love the research and courses from Alison Armstrong, a complete curriculum designed to help men understand women, and women understand men. As graduates of several of these classes, we’ve learned some eye-opening and extremely helpful tools for navigating the different “languages” that the sexes speak. While we acknowledge that it’s mainly in a heteronormative framework, there’s no denying that we could all stand to have a lot more sensitivity with each other.

5. The Sun is actually at its farthest point from the Earth at the summer solstice.

6. Solstice rituals date back to ancient Egypt, Rome and Stonehenge.

Throngs of festival-styled solstice revelers gather for the summer solstice at the ancient Stonehenge site (which will be closed in 2020 due to the worldwide coronavirus pandemic, but you may see it on Facebook Live for the first time ever!). But this stuff goes way back. In ancient Egypt, summer solstice coincided with the first phase of the Nile’s flooding, marking the Egyptian New Year. In ancient China, they celebrated the switch from yang to yin energy for the next half-year. The Romans honored the goddess Vesta (which is one of astrology’s asteroids) with their Vestalia solstice soiree. And the Greeks honored Cronus, or Saturn, the god of agriculture, at their solstice Kronia festival, where slaves and free people feasted as equals for a day.

7. You can have your own summer solstice celebration. Here’s an astrological spin.

There are no shortage of rituals to celebrate Midsummer, from the Scandinavian maypole on. We love these ideas from Mystic Mamma and recommend trying them all week. Want to give your celebration an astrological twist? We recommend doing something with fire to honor the Sun (bonfire anyone?), the Earth (flower crowns: they’re not just for Coachella!) and water for Cancer, which is a water sign (swimming, a signature solstice drink, a cleansing bath).

Photo by Julia Caesar on Unsplash