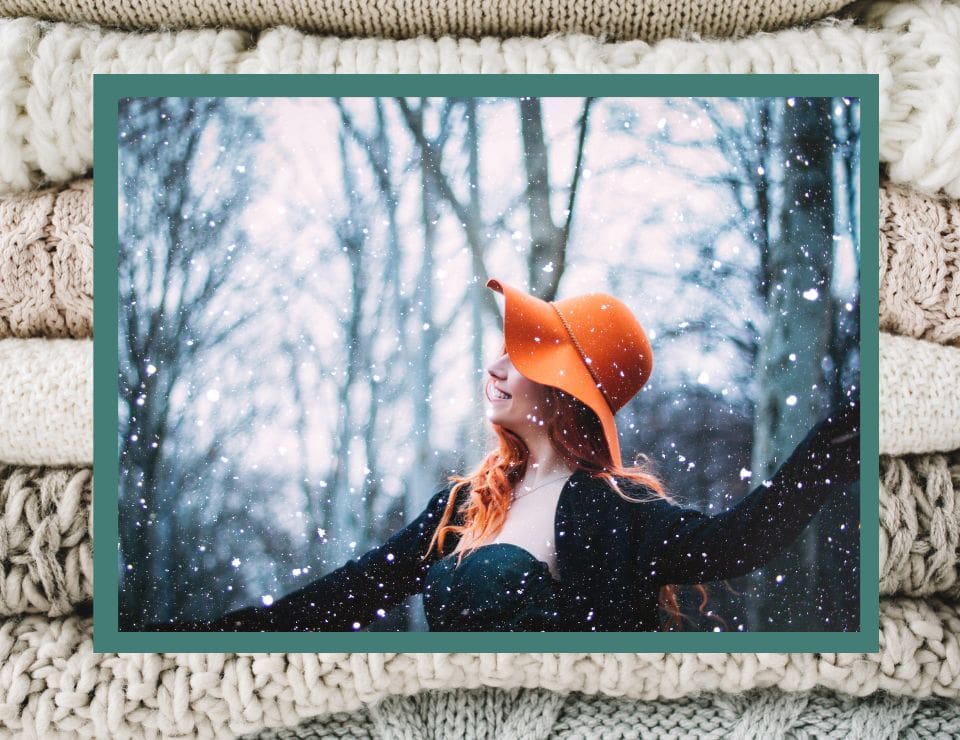 Another calendar turn is upon us—and it feels like it happened so fast! But 2022 won’t go silently into the night, as your December 2022 horoscope reveals.

What is the astrology for December? First of all, it’s Sagittarius season until December 21, which is a naturally jovial time once again. And since the year’s eclipses are now in the rearview (whew!), the intense turbulence of 2022 is hopefully behind us as well.

While the world is anything but stable as we close out the year, the skies are clear for safely celebrating with each other again. However, there could be a couple of relationship challenges in the first part of the month, as your December 2022 horoscope reveals. The love planets, Venus and Mars (which is retrograde in pair-bonding Gemini), will face each other down in a tense opposition on December 1.

Then, the December 7 Gemini full moon will make an exact alignment, demanding that we clear the air. Heap on the diplomacy and patience, which could be in short supply. That trademark Sagittarius season honesty, normally a refreshing burst of candor, could veer toward the brutal side. While you can’t avoid certain conversations, take extra care to keep them from getting contentious.

Ready for the New Year and looking beyond your December 2022 horoscope? Get your 2023 Horoscope astrology book from The AstroTwins to find out what’s in store for every zodiac sign!

What is the relationship between Jupiter and Neptune?

The Pisces co-rulers get together for one last hookup

Extra helping of compassion? Yes please! Until December 20, Jupiter will spend its final three weeks in Pisces, then it won’t return for more than a decade. The stars are inviting us to expand and grow in Pisces-themed areas—creativity, imagination, art, spirituality and empathy.

This energy crescendos on December 3, when soulful Neptune ends a five-month retrograde through Pisces.

Could caring about our fellow humans make a comeback in some small way before the year is over?

Our hope is: Yes!

Prior to Neptune’s mid-19th century discovery, Jupiter was considered the ruler of Pisces (and by those who follow a Hellenistic astrology system, still is). Either way, we’ve been experiencing the ultra-rare convergence of BOTH of Pisces’ planetary guardians united in their home sign. To give you an idea of how special this overlap is, Jupiter only visits Pisces every 12 years, and Neptune takes over 150 years between visits.

Is seeing believing…or is believing seeing? With supersizer Jupiter and manifester Neptune united in supernatural Pisces, what we visualize in our minds can take real form in the outer world. Your December 2022 horoscope tasks you to stay in a high vibration state as much as possible, and don’t allow yourself to get dragged into the depths of someone else’s anger, fear or control. That’s their nightmare—but it doesn’t have to be yours.

When will Jupiter return to Aries?

And just like that, the scene changes from watery and emotional to revved up for action for your December 2022 horoscope.

Jupiter will return to Aries on December 20 for its second trip through this pioneering fire sign. We experienced Jupiter’s first trek through Aries from May 10 until October 28 of this year. Now, Jupiter’s back until May 16, 2023, bringing a VERY different energy.

Historically, Jupiter in Aries periods have been marked by friction. World War I and II both started during these cycles. This round has been filled with plenty of global unrest, mainly centered in Ukraine but happening around the world. Here’s hoping that the wisdom of Jupiter will help temper the irrational flames that can be fanned by Aries energy.

We’re cautiously optimistic, since this December 28, the USA will experience another round of its 2022 Pluto return, which first occurred on February 20 (shorthanded to 2-22-22). The karmic planet revisits the exact degree of Capricorn that it was at when the Declaration of Independence was signed on July 4, 1776, and the nation was founded. The February 20 event coincided with Russia’s invasion of Ukraine; a second Pluto return occurred on July 11.

A Capricorn cluster adds heft to the holiday

Traditions are “in” this year once Capricorn season begins on December 21, with the Sun accompanied by Mercury, Venus AND Pluto.

The Capricorn new moon on December 23 filters into Christmas Eve, stuffing our stockings with Sea Goat energy. Capricorn energy can be a bit curmudgeon-y, so make sure that solemn moments don’t turn TOO somber. Balance the seriousness out with some levity when you can—life is hard enough!

Winter solstice: The racy roots nobody tells you about…

Speaking of traditions, the winter solstice (December 21) has some fascinating backstory that many people don’t know. Not only is this the shortest day of the year (or longest for our friends in the southern hemisphere), its celebrations date back to early fertility rites (why yes, that Yule log IS a phallic symbol…) and rituals for communing with the dead. In the pre-Christian Roman empire, the solstice was all about worshipping the Sun and a Roman festival called Saturnalia that could make the raunchiest reality TV show look tame! (Curious? Read on…)

When is the last Mercury retrograde of 2022?

Yes, you heard that correctly: your December 2022 horoscope includes one last Mercury retrograde.

Mercury, the planet of communication, travel and technology, will lapse into a dodgy retrograde (in Capricorn) for New Year’s Eve. From December 29 until January 18, goals and plans can get delayed and reconfigured several times over. Save your 2023 resolutions to “draft” because you might edit them quite a few times over (or wait until Mercury goes direct before starting them!)

What else is in store for your December 2022 horoscope? If you can get around Mercury retrograde’s mischief-making with your NYE plans, a stabilizing and sensual Taurus moon will bejewel the skies. This could be the dose of grounding energy we didn’t know we needed, especially not with New Year’s parties back on.

But as pragmatic as Taurus is, this zodiac sign is ruled by party-loving Venus, the planet of luxury and earthly delights. Don’t skimp on the tasteful touches and artful presentation. Swathe yourself in something beautiful and serve up the palate-pleasuring buffet. (An Instagram-worthy charcuterie board with edible flowers and those long “moon drop” grapes IS totally worth your time…we swear.) Another signature cocktail, anyone?

Make time for a ritual if you can, since magnetic Venus will commune with deep-diving Pluto in ambitious Capricorn tonight. Hosting a party? You might want to set up a table with vision board supplies (magazines, scissors, paper, glue sticks) for guests to use throughout the night. Time has a way of moving reallly slow on NYE between 8:00 and 11:00pm, so an activity area is never a bad idea. If you don’t want to get quite that elaborate, make time to write down your wishes for 2023, as the universe is keenly tuning in.