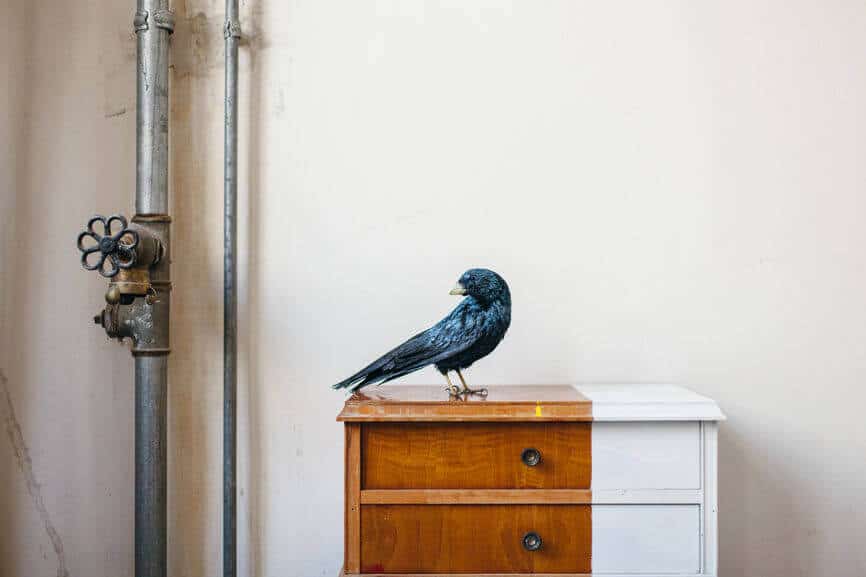 What lies beneath? The 2020 new moon in transformational Scorpio on Sunday, November 15 (at 12:07 am EST) penetrates the shadows to expose what’s been hidden.

Ready for an extreme makeover? Or a notable shift? The 2020 Scorpio new moon gets the ball rolling.

In secretive Scorpio, change is as much an “inside job” as it is an outer transformation. This is the nudge you need to examine your beliefs, buried feelings and self-imposed limitations.

Not an easy task, we know: Scraping up against those edges can churn up powerful feelings (one of Scorpio’s hidden blessings. Thanks to a helpful boost from three power-planets—Jupiter, Saturn and Pluto in success-driven Capricorn (forming a 60º sextile)—efforts could yield bountiful rewards, setting you up for long-term success. The trick? Dig deep while aiming high. 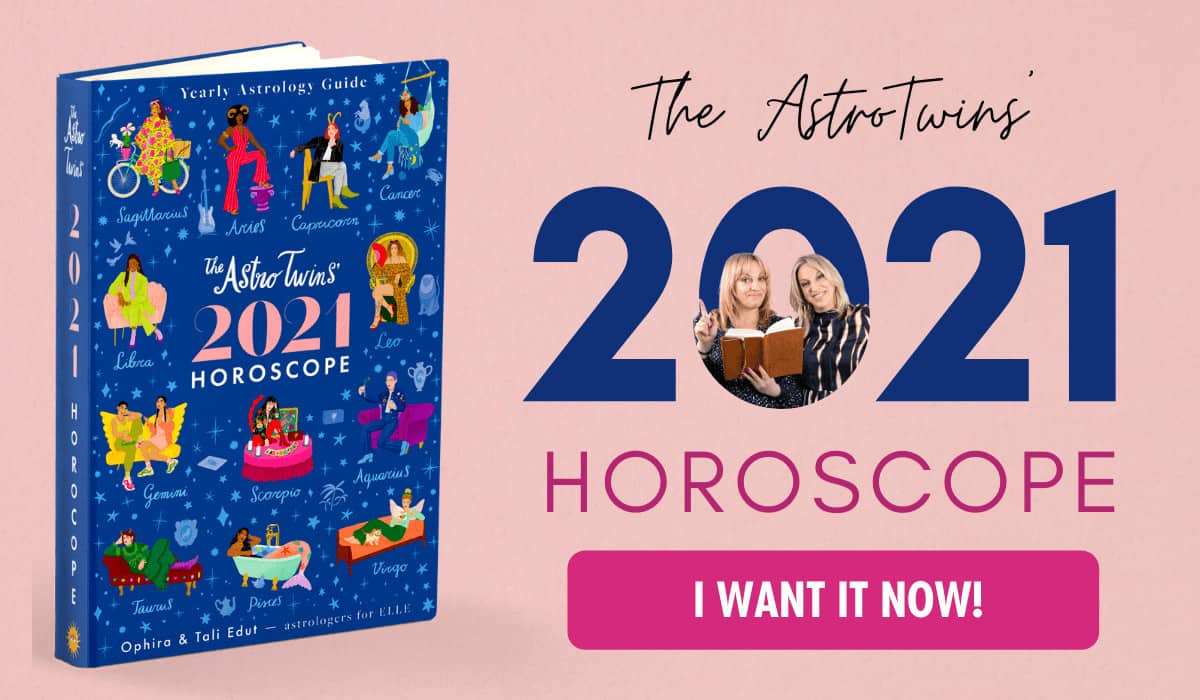 Seven tips to begin your journey at the 2020 Scorpio new moon.

Remember, you don’t have to handle it all at once. The work you begin now at the 2020 Scorpio new moon will see completion at the full Scorpio moon on April 26, 2021.

Reuse, repurpose and upcycle! Creative Scorpio has a knack for turning trash into treasure. With a little style-sleuthing, this new moon could bring some serious finds.

Scour consignment sites for a pair of chunky-soled boots or vintage Levi’s that you can adorn with bleach for a 90s throwback. Shop your own closet for pieces you can revive with patches, scissors or other modifications. Maybe it’s time to pull out that novel or album you’ve started and stopped so many times and commit to it once again. National Novel Writing Month (NaNoWriMo) started November 1, after all. Under this observant new moon, everyone you observe has “character study” potential and every decision holds a clue to the next scene you’re developing.

Ruled by Pluto, god of the underworld, Scorpio is the sign of internal health. With cold and flu season upon us (not to mention this godforsaken pandemic!), the 2020 Scorpio new moon reminds us that now is the time to shore up the immune system. Eating seasonally can be a great form of preventive medicine. Butternut squash, harvested now, is loaded with antioxidants and Vitamin C. Warming foods like garlic and ginger can help build internal heat…so how about adding them to a butternut squash bisque?

Probiotics improve gut health, and by extension, keep your immune system strong. Plus, they’ve been proven to reduce respiratory infections. Load up on this “good bacteria” by eating yogurt and fermented foods like sauerkraut and tempeh. And even though the days are short, get outside for at least 15 minutes while the sun is shining to soak up some immune-boosting Vitamin D—along with taking a supplement if you live in the northern hemisphere. P.S.: While research isn’t 100% conclusive, medical experts are theorizing that boosting levels of Vitamin D can support with staving off virus risk.

As the ruler of the reproductive organs, Scorpio has earned its rep as the zodiac’s sex sign. With your mojo rising strong under this new moon, plan some intimate time with a partner…or by yourself. (Think of it as “sex-positive self-care.”) Experiment with toys, play out a fantasy or spend the day in bed binge-watching erotica. As this provocative new moon reminds: There’s always something new to learn, and a seductive online curriculum can help pick up where your high school sex-ed teacher left off (O.School and OMGYes.com offer a master class on the birds and bees; or check out the soul-deep work of self-proclaimed pleasure revolutionary Regena “Mama Gena” Thomashauer.

Scorpio has two galactic guardians. Its modern ruler, Pluto, governs the unconscious—the parts of ourselves that we disown and even project onto other people. Before the icy dwarf planet was discovered by telescope in 1930, Scorpio (along with Aries) was governed by Mars, the fierce, combative, warrior planet. Either way, this cosmic force field is a powerful one. Turbulent emotions can arise under this new moon—and whether they express themselves internally (Pluto) or externally (Mars), the experience can be both arousing and unsettling.

Have you been suppressing any “negative” feelings, like jealousy or anger? If so, they could bubble up like hot lava from a dormant volcano. Instead of denying your angst, find a healthy outlet to unleash that pent-up emotion. A vigorous workout, a primal scream…how about singing? True fact: We know an uncanny number of people with Scorpio chart placements who are die-hard karaoke addicts (guilty-as-charged here with our four-planet Scorpio stellium.) Maybe it’s time to pick up a home system so you can belt out the ballads until the karaoke bars open up again.

5. Build a portfolio—starting wherever you are.

Time for some money moves! This security-minded sign rules our long-term resources like stocks, real estate investments, and basically anything that’s loaned and owned. Look beyond the 9-5 grind to illuminate new paths to prosperity. Commissions, royalties, bonuses, and inheritances are Scorpio’s domain—and so is marrying into money, in case you’re dating an oligarch scion. But either way, now is the time to activate your assets. Do you have a retirement account—and if you do, does it include a diversified mix of high and low risk investments to satisfy your personal comfort level? If the term “mutual fund” makes you say, “huh, wha?” cue up a book by authors like David Bach, Suze Orman or Barbara (Stanny) Huson.

Scorpio also rules debt, so if you’re struggling to get out of the red, take a deep breath and start looking for solutions. Many creditors (and even the IRS) will work out payment schedules, as they prefer to get SOMETHING rather than nothing; some will even negotiate a lower payout amount. Online coaching programs like can also bring support for freeing yourself from the weight of those IOUs. Who knows? Six months from now, under the Scorpio full moon, you could be back in the black.

When it comes to money, fiscally savvy Scorpio knows that we can be stronger together. Under the 2020 Scorpio new moon, make like the Property Brothers and co-sign for the win. But do so strategically! Scorpio likes everything backed and guaranteed as much as possible. If you’ve developed a solid baseline of trust, perhaps you can support each other with making a bold leap toward a mutual moneymaking goal. Just note that Scorpio-ruled joint ventures aren’t always split 50/50. One of you may be putting in cash while the other is contributing labor-based “sweat equity.” It goes without saying that arrangements like these should be memorialized in writing, ideally with the support of a legally binding contract that covers your assets. And that goes double during a new moon in Scorpio, since this sign can also be associated with nefarious activities, power plays and vengeful moves. Protecting yourself can preserve the integrity of the partnership since you’ll both be clear about what you’re signing on for: a win-win.

Did you know that Katy Perry—a triple Scorpio (Sun, moon and rising)—was dropped by three labels before “I Kissed a Girl” launched her to stardom? When not one single label would sign Jay-Z—who was born with boundary dissolving Neptune in Scorpio—he established his own. At its highest manifestation, Scorpio is like these musical icons: A phoenix, the mythical bird that rises from the ashes of despair to create new life.

If you shut down because of fear or a perceived failure, this lunar lift can put you back on the path to progress. But first, get real about any painful emotions you’ve been hanging on to. Are you disappointed? Discouraged? Down in the dumps? Find supportive people who can safely hold space while you share your vulnerable emotions. Just make sure you don’t stop there! Once you’ve acknowledged the past, you can get back into an “Empire State of Mind.”

Photo by Marc Bordons via Stocksy