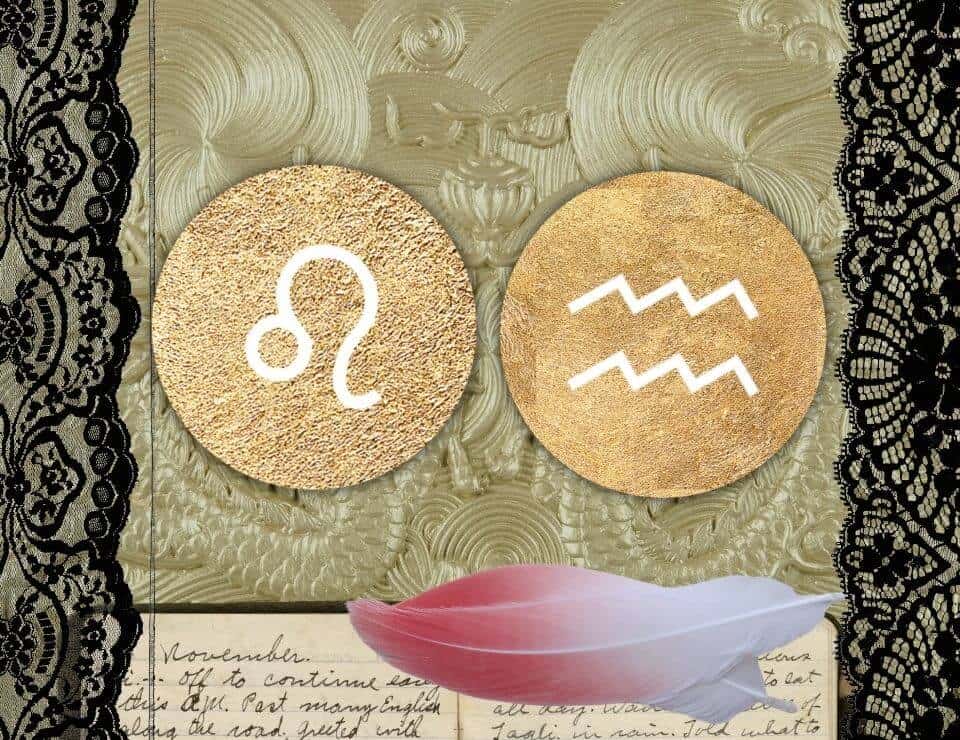 When Leo and Aquarius come together for love or any kind of relationship, it’s lighthearted and fun! These two party animals crave excitement and adventure, which can also lead to dramatic emotional outbursts. A Leo-Aquarius relationship is incredibly stimulating, since you both understand each other’s carefree and childlike ways.

Leo and Aquarius: Your compatibility clicks and clashes

Where you click:
A wild ride! You’re both big kids at heart and game playing is something you never tire of. How about paintball? Skydiving? Heck, even joining a local co-ed softball team is better than toying with each other’s minds! You definitely need activities to keep you focused on the positive aspects of being a couple. If you can funnel your passionate natures toward elaborate adventures, you might just become lifelong playmates.

Where you clash:
It’s a somewhat dangerous game when you two opposites attract. At first, it’s unbridled passion and a 24-hour party that never stops. Then, Leo drops the R-bomb: relationship…a little too soon to be justified by commitment shy Aquarius. Hotheaded Leo and rebellious Aquarius can revert to childish and destructive behavior when your animal instincts are ignited. As the Water Bearer strings the Lion along in an elaborate courtship dance, tempers flare, emotional outbursts ignite, and you both wonder how you “lost it” so quickly.  When Aquarius finally surrenders to Leo’s desires for monogamy, the script may flip with Leo pulling away as Aquarius stalks in frustration.

Leo is fire and Aquarius is air

If the two of you share an agenda, you can be an indomitable duo.

Leo and Aquarius are both fixed signs

Leo and Aquarius are both yang, or masculine signs

Leo and Aquarius are opposite signs (six signs apart)